re: trans day of visibility

I have so many mixed feelings about this day.
To say that trans people only have one day or a week or a month to be visible undersells that we have always been here,
and we have been fighting to be visible for a long time.
Even before we had strict Western conceptions of gender, our ancestors have shown how fluid physical expression can really be.

And visibility has also come at the loss of life for so many trans women of color, especially in the United States.
The idea that trans people need rights is an understatement, what we need is to dismantle the colonial systems that make us second class citizens in the first place.
Visibility alone will not give us liberation and if we settle for that, then visibility means nothing.

That’s not to say that visibility isn’t important.
We can acknowledge the problems with trans visibility while also recognizing the strength it gives people who are struggling with whether they are allowed to be visible.
Hell, I know I wouldn’t be able to talk about all this stuff today as a genderqueer femme were it not for the trans friends who gave me the space to be all that I could be.
And I want to be there for the people who might think they’re too old, too young or don’t fit a certain narrative to give them the same space I needed when I was questioning.

← Breathe
Dinner for One → 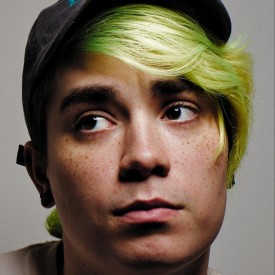